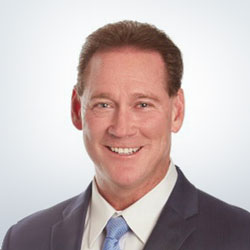 Ryan Scott is a 30-year Aerospace veteran. Ryan recently was the SVP-Global Sales for Boom Supersonic, an OEM startup based in Denver, where he was responsible for worldwide sales and business development activities. Prior to Boom, Ryan was with Embraer for 29 years. As a founding member of the Embraer Executive Jets division, Scott grew the brand from unknown to over $2B in revenue. Before launching the Executive Jets division, Scott was a key team member in the introduction of the ERJ-145 regional jet. Earlier, Scott served as a Senior Airline Analyst focusing on fleet planning, performance, and economic analysis as well as engineering analysis. He is a graduate of Indiana Wesleyan University and Wharton Executive Leadership.