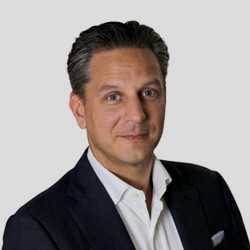 Dustin is attracted to people with bold ideas. He is our team coach and zen-warrior. On his 30th birthday his cousin, Ken, told him, “your next 6 years are free”. Ken flew an F-4 and was shot down at 30 then spent the next 6 years as a POW. This became Dustin’s WHY – helping others make their freedom count.

A #1 ranked sales professional at every stop, he’s been responsible for aircraft sales of almost $1 billion dollars. The son of two school teachers, he attributes his sales success to his ability to listen with his heart, to simplify complex transactions, and to execute via his Midwestern work ethic. A top instructor in the USAF, he is an expert at helping owners buy their first airplane. Dustin is quoted in the industry leading Business Aviation Insider magazine and is a strong advocate for using an airplane to leverage commercial success. As a committee member and social media chair of the NBAA Business Aviation Management Committee he exemplifies the unique bond of business and fun that is aviation.

Dustin graduated the United States Air Force Academy with honors. He is a distinguished graduate (top 10%) of several Air Force flying and management programs and was an instructor and evaluator in both the C-21A & KC-135R. Diverse in his interests Dustin has an engineering and finance education and managed a bank in Marco Island, FL before transitioning back into aviation as the Bombardier Product Manager for FlightSafety Intl. He currently lives in Atlanta with Kristen, his wife of over 23 years, his 4 children and 2 dogs. His free time is spent on family activities, contemplating sacred texts, & helping others find the next BIG idea.